Tearfund approached us to create a campaign app that would enable their supporters to take action on important issues whilst on the move. 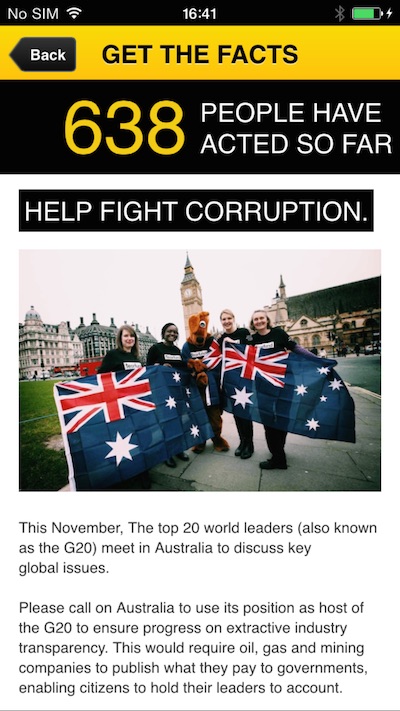 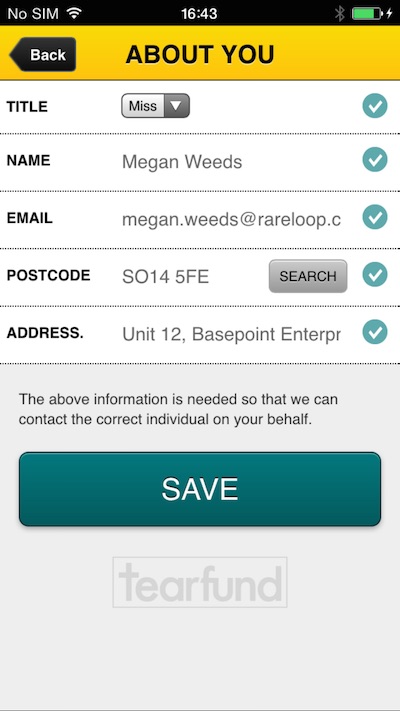 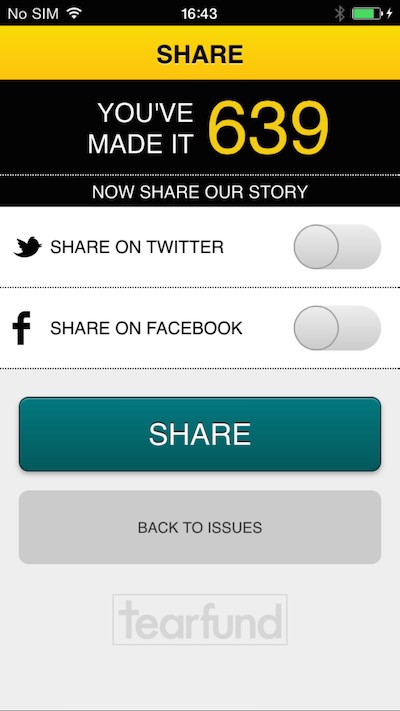 Tearfund has a large reach and regularly asks its supporters to campaign on issues it feels passionate about. Until now, this had been done exclusively via their website.

Using the web, visitors were required to complete a form each time they wanted to show support to a cause. They were also required to frequently check the website to see when new actions were available.

Tearfund approached us to mobilise their campaign actions, take advantage of push notifications for automatic updates and make it easy for supporters to take action on their daily commute.

After initial app setup, an individual would receive a Push Notification from Tearfund and if they wanted to take action, with just a few taps all on their phone, they could.

We designed and built the app and made it available on both iOS & Android from launch day.

Rareloop enabled us to go from an idea to a shippable product used by thousands of people. They offered expert insight into the app development process, focussing heavily on user experience, and were able to work with our in house technical team to integrate with our internal CRM.